RSVP REQUIRED: To aid in the planning of this event, RSVP by October 27th. Please include the first and last name, and Dartmouth class (if applicable), of each attendee. Please register early!  Reservation/Cancellation Policy 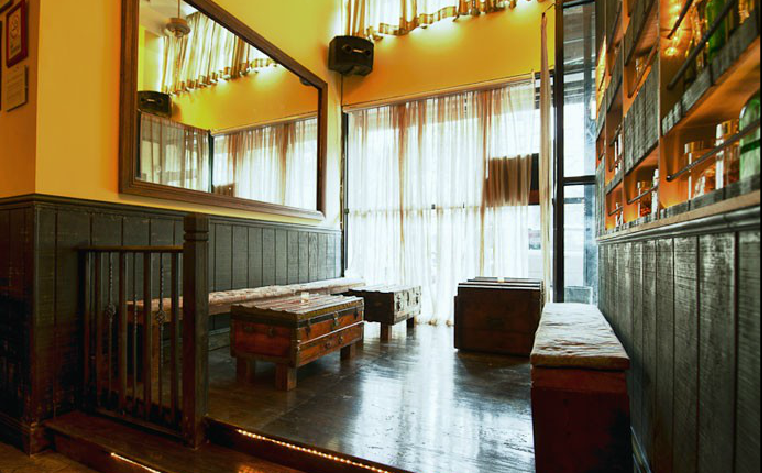 Featuring a reading by Debra Hyde from her book “The Tattered Heiress” and
A reading by Victor Bevine from his book “Certainty” &
A presentation by Katherine Gleason from the book “Anatomy of Steampunk: The Fashion of Victorian Futurism”

Join DGALA for our annual drinks following the DCNY Annual kick off party! We’ll be around the corner from the Yale Club at Point Break!

Either come with us from the DCNY event or feel free to just come see us at Point Break! DGALA will cover the first round of food and snacks for attendees!

Your hosts Andy Camp ’89 and Patrick Munoz ’89 look forward to welcoming you to our first event in the Los Angeles area in ages. Libations on DGALA until the tab runs out!

Read the full article online on The Wrap’s website

“I can imagine there are certainly positives and negatives to coming out in that kind of spotlight,” Columbia University LGBT health and public psychiatry fellow Laura Erickson-Schroth tells TheWrap.

Since the public debut of Caitlyn Jenner on the cover of Vanity Fair, the transition of the person formerly known as Bruce Jenner has been covered from a myriad of angles — one outlet even dove deep and identified the source of the lingerie that Jenner wore for the cover shoot.

But missing from much of that coverage is an explanation of the mental process that Jenner — and, for that matter, any given person undergoing transition — is going through. In an effort to understand Caitlyn’s emotional journey, TheWrap spoke to Laura Erickson-Schroth, an LGBT health and public psychiatry fellow with Columbia University, as well as the editor of “Trans Bodies, Trans Selves: A Resource for the Transgender Community.”

Surprisingly, and perhaps contrary to public belief, there are no therapy or counseling requirements for people undergoing gender transitions, Erickson-Schroth explained, though there are general guidelines that include recommendations for such. And while it was once common for people undergoing transitions to be encouraged to have a “real-life experience” — that is, dressing as the gender they were transitioning to — before undergoing any physical changes, that practice is falling out of favor, Erickson-Schroth said.

“They could be targeted, they could be harassed, things like that, if they were dressing differently without having made any physical changes,” Erickson-Schroth noted.

Nonetheless, she said, some form of psychiatric support is often helpful. “In a lot of circumstances, it’s really beneficial to people to understand what they’re going to go through and how their lives might change,” Erickson-Schroth noted. “Certainly, I think it’s very helpful for people to be able to have a place to think and talk about their transition.”

Only Caitlyn Jenner knows for sure how much therapy she has or hasn’t had. And as Erickson-Schroth noted, Jenner, a former Olympian and reality TV star, is transitioning under circumstances far different from those surrounding most trans people. Those differences could be a blessing, a curse, or both for Jenner.

On the plus side, Erickson-Schroth noted, Jenner is coming to the transition in a better financial situation than many. “She doesn’t necessarily represent the experiences of the majority of trans people. I think many are middle or lower class; they’re people of color; they don’t have access to necessarily good mental health care, hormones, surgeries — the kind of things that Caitlyn might have access to, being someone who’s wealthy,” Erickson-Schroth said.

There’s also the fact that Jenner is transitioning under the glare of a tremendous spotlight that includes not just the Vanity Fair shoot, but a widely watched “20/20” interview, the E! show “Keeping Up With the Kardashians,” another upcoming E! show that will center on Jenner, a new Twitter account that quickly amassed more than 1 million followers, and countless headlines, tabloid or otherwise.

“I can imagine there are certainly positives and negatives to coming out in that kind of spotlight,” Erickson-Schroth said.
The massive microscope that Jenner is transitioning under could serve to exacerbate any hiccups she encounters during the transition, she cautioned.

“If people go through any particular difficulties when they’re transitioning, to have that broadcast to the entire world seems like it would be something that could be pretty hard,” Erickson-Schroth said, stressing: “There are going to be ups and downs. To have that on display all the time I could see as being a really hard experience to go through.”

There’s also the matter of age — Jenner is 65 — which also provides its benefits and drawbacks.

“I’ve talked to people who’ve transitioned later in life, and a lot of people have a lot of regret about not having done it earlier, and what kind of lives they could have had,” Erickson-Schroth noted. “But some of the positives that people talk about are, for example, being financially stable. That was something that helped them to transition more comfortably or the way that they would like to.”

Submit your email address online or contact us at dartgala@gmail.com. Dartmouth College maintains the confidential DGALA database and listserv.