Shaun Akhtar ’12 / West Lebanon, NH
Shaun is Metadata Librarian, Strategy and Management at the Dartmouth College Library, where he has worked since shortly after graduating in 2012 with a double major in English and Astronomy. Arriving in the Upper Valley from his hometown of Queens, New York, as an undergraduate he served as historian for Phi Tau, senior copy editor for The Dartmouth, and layout editor for the Dartmouth Undergraduate Journal of Science. Shaun is a volunteer co-coordinator for the College’s LGBTQIA+ Employee Network, and serves on the boards of the Dartmouth Club of the Upper Valley and the Tau Corporation of Hanover, as well as on his class executive committee. 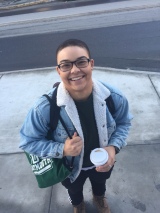 Yeja Dunn is a resident of Somerville, MA and directs a day camp in Cambridge, MA called Steve & Kate’s Camp. Yeja graduated from Dartmouth with a double major in sociology and Women, Gender, & Sexualities Studies. While at Dartmouth, Yeja was involved in the Office of Pluralism and Leadership and Center for Women & Gender as a student programming intern. Additionally, Yeja sat on the IvyQ Dartmouth and Dartmouth Pride Planning Committees. In addition to her work in the queer community, Yeja served as Captain of the Dartmouth Women’s Rugby and was a member of Sigma Delta.

Yeja currently directs a Day Camp in Massachusetts that focuses on the empowerment of campers through self-direction. She also continues to play rugby for the Women’s Premier League, volunteers for Big Brother Big Sister, and sit on the Friends of Dartmouth Women’s Rugby Board. 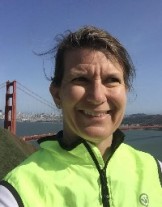 Lee Merkle-Raymond ’86 re-joined the DGALA Board in 2017 and is happy how much times have changed since her first years on the Board in the early ‘90s. Lee was the writer/editor of the Green Light newsletter and President of DGALA, as well as a board member of the Stonewall Foundation, the LGBT alumni donation vehicle prior to Dartmouth’s recognition of DGALA as an alumni organization. Lee served on the Alumni Council for 3 years as an at-large rep, unofficially the first representative of DGALA. Through the work of many alums, today the College welcomes LGBT alumni with full recognition of DGALA, as well as administrative support from both Blunt and the Dean’s office. Lee is eager to build bonds with students to ensure DGALA remains in touch with the needs of new and young alums.

Lee is Managing Director of Hercules Capital, lender to venture-backed technology and biotech firms. She and her partner of 28 years have two college-age daughters and live near San Francisco. Lee is training for the SF to LA AIDS/LifeCycle in June 2018. 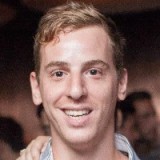 Spenser Mestel graduated with a BA in Asian and Middle Eastern Studies in 2011 and then got a masters in Arabic language at the American University of Cairo. While there, he broke his neck doing parkour, which cut his year-long stay a month short, but thankfully he recovered fully and moved to NYC in 2012. The following year, he moved to Iowa to get an MFA in nonfiction writing, which allowed him the time to train and compete on season 6 of “American Ninja Warrior.” After graduating in May of 2016, he moved to Brooklyn, where he’s worked ever since as a freelance writer. 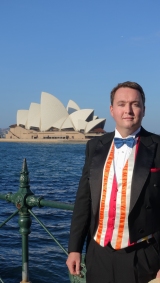 Erik was a music major at Dartmouth and is now a professional orchestra conductor living in New York City. While at Dartmouth, Erik volunteered as a teacher for “Responsible AIDS Information at Dartmouth” and participated in the “Men’s Discussion Group” which was a friendly group where men could openly talk about concerns regarding their sexuality. At Dartmouth, he started his own orchestra, Dartmouth Pro Musica, and in New York City, he founded the not-for-profit SONOS Chamber Orchestra. Erik was the 1998 AIDS Walk New York Volunteer of the Year and used to be a member of Frontrunners New York. He was once the Finnish diction coach for the New York City Gay Men’s chorus. As times have changed so has membership in affinity groups, and Erik hopes to try to reach out and involve more alumni in a wide variety of events.

Erik is a dual citizen with Finland, and lives with his Japanese partner of 24 years. They love to travel, cook, socialize, dine out and are wine fanatics! 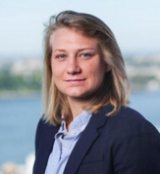 Melanie Pastuck graduated from Dartmouth in 2011 with a major in Biological Sciences (Microbiology) and a minor in Philosophy. During her time at Dartmouth, Melanie was an LGBTQ Intern for the Office of Pluralism and Leadership and an OUTreach peer mentor (student LGBT mentor program). In addition to her involvement with LGBTQ groups on campus, Melanie served as President of the Dartmouth Women’s Rugby team, was a four-time DOC Trip leader, and was a member of Sigma Delta.

Melanie lives in Manhattan and works as an Account Manager at Google. In her spare time, Melanie also enjoys whitewater kayaking, hiking, playing rugby for the New York Rugby Club, and spending time with fellow Dartmouth alums in NY. Currently, Melanie is also an Alumni interviewer and serves as an Alumni Council representative for DGALA. 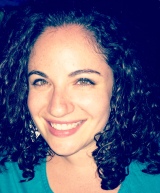 Amanda graduated from Dartmouth in 2007 with a B.A. in English Literature and a minor in Women’s and Gender Studies. She was very active in campus life during her Dartmouth career, from editing Stonefence Review to coordinating the Prison Project, from working with first-years as a three-year Undergraduate Advisor to orienting new members at Epsilon Kappa Theta. She headed up Phoenix Senior Society and was trained as a Mentor Against Violence. She was a member of GSX and Rainbow Alliance and served on the organizing committee that brought gender-neutral housing to Dartmouth.

Amanda currently lives in Manhattan and works at Young Women’s Leadership Network, a network of all-girls public schools, as a Girls Education Senior Manager. She founded the non-profit Trans Bodies, Trans Selves and serves as Vice President of the Board of Directors. She is a co-chair of the Education from the Inside Out Coalition, working to remove barriers to higher education for people in prison and with criminal justice involvement, and volunteers as an Emergency Department Advocate for the Mount Sinai SAVI program for survivors of IPV and sexual assault. She is constantly reading for her two books clubs, traveling, seeing plays, laughing, and walking around the city. 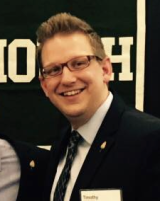 Timothy J. Stanne is the Director of Graduate Admissions at NYU School of Law. Tim was born and raised in Massachusetts, attending Deerfield Academy before starting at Dartmouth. He graduated from the College in 2003 with a major in English and a minor in Latin American and U.S. Hispanic Literatures. The following fall, he moved to New York to complete his master’s degree at the NYU Graduate School of Arts & Science. While an undergraduate, he was a member of the Tabard and Casque & Gauntlet, sang for the Chamber Singers, served as a SAPA, and worked in the undergraduate admissions office first as a tour guide and later a senior interviewer. 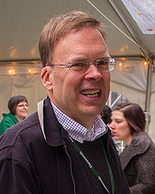 Pete was a Government major at Dartmouth, and after earning a law degree from Washington and Lee University, he lived and worked as a litigation attorney and high school teacher in New York City for 22 years. Pete then returned to his home town of Stockbridge, Massachusetts – to help his health-challenged parents (Dad ’49 and Mom were married before Dad’s senior year and lived on campus together) – and now serves as Dartmouth’s District Enrollment Director for Berkshire County Massachusetts. He has been a director of DGALA since 1994, and his law firm arranged for the non-profit incorporation and tax-exempt application for DGALA in 1996. Pete has edited Green Light, DGALA’s newsletter, since 1999.

Submit your email address online or contact us at dartgala@gmail.com. Dartmouth College maintains the confidential DGALA database and listserv.